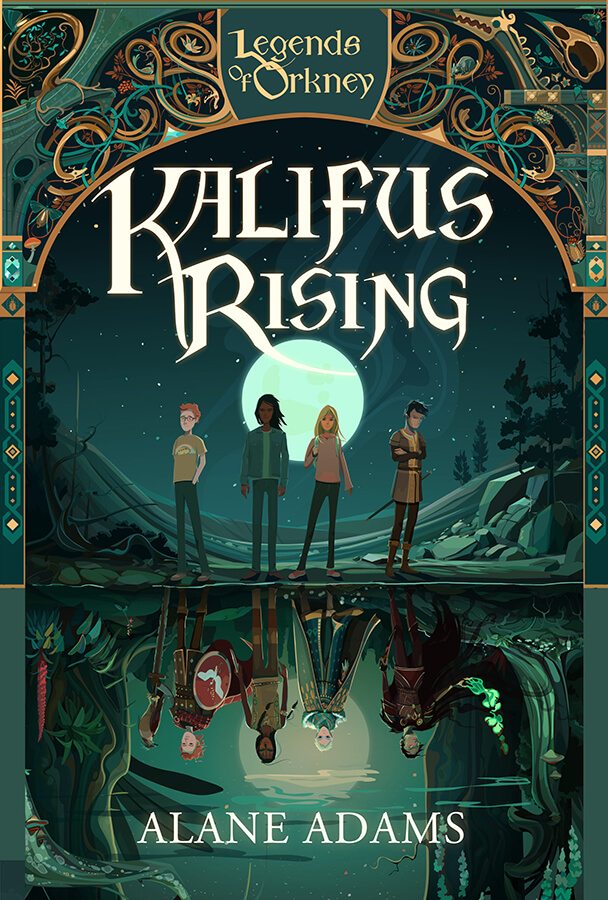 Sam Baron just freed Orkney from the ravages of the Red Sun―but now, imprisoned by Catriona, leader of the Volgrim Witches, Sam finds the darker side of his half-god, half-witch heritage released, and he fears he might destroy what he saved. Unable to resist the witches’ enchantments, Sam has become their most potent weapon, and is leading an army of monstrous men against Skara Brae.

Sam’s only hope for salvation lies with his three best friends and a mystical artifact known as the Moon Pearl. Keely travels north in search of the pearl, while Howie prepares for the gathering onslaught. Leo seeks a powerful artifact in the underworld, and faces an ancient evil that could be an even greater threat than Catriona and her cronies.

As Sam’s friends rush to save him, other forces are at work in Orkney’s shadows―forces that could help free Sam, or condemn him to the darkness forever.

Book One, The Red Sun, is also available now.

“
[An] animated tale…Adams is a master of exposition, never letting it slow the narrative by immersing it in rapid-fire dialogue…Indelible characters, both good and evil, and a rescue storyline that refuses to dawdle.”
– Kirkus Reviews “This series will do well with the Percy Jackson crowd and fans of Norse mythology.”
– School Library Journal

Get the latest game and book news

delivered straight to your inbox!